Efforts by European Union authorities to take advantage of standardisation as a de facto regulatory tool have not been sufficiently systematic in recent years, according to a study published by the European Commission last week. Yet standards especially in information and communications technology (ICT) are becoming more important, said Patrick Van Eecke, attorney at the Brussels office of DLA Piper UK and co-author of the study.

The study http://ec.europa.eu/enterprise/ict/policy/standards/piper/executive_summary.pdf
recommended a dialogue between standardisation organisations and all stakeholders. Also urgently needed is a balance between technical standards and intellectual property rights, according to the study.


Concerns that overly rigid IPR protection might become a problem for invention and innovation recently also resulted in other recommendations and decisions at the EU level. A call for changes in the EU patent system was made in a study commissioned by the European Parliament’s Scientific and Technological Options Assessment (STOA) unit and an inquiry into possible anticompetitive practices by the pharmaceutical industry that was initiated by European Commissioner for Competition Neelie Kroes.


[THE EU COMMISSIONERS' DECISION TO LAUNCH SUCH INQUIRIES IS BASED ON IDEOLOGY - DISREPECT FOR EXCLUSIVE NEGATIVE PRIVATE PROPERTY RIGHTS IN AMERICA , WHICH DO NOT EXIST IN EUROPE]**


A debate on future EU standardisation policy will take place at a conference organised by the European Commission on 12 February in Brussels.

Author Van Eecke, speaking with Intellectual Property Watch, pointed to the growing relevance of technical standards that “are more important than legislation.” Companies and citizens either abide by laws passed by governments or not, but to not follow well-established technical standards would mean to be excluded from the market.


[THIS IDEA OF 'TAKING OVER' GLOBAL INDUSTRY STANDARDS HAS BEEN AN ASPIRATION OF THE EU'S SINCE THE LISBON AGENDA MADE ITS DEBUT DURING 2000. ]**


“If you are a policymaker, you really would like to make sure that companies and citizens abide by the rules, so instead of drafting a law you could put them into a standard,” he said.


Using privacy as an example, he said, “You can draft one hundred laws that should protect it - and hope that people follow the law. But if you are able to have EU data protection implemented in the technical standards, it might be much more effective.” Van Eecke said that legislators who try to rule via standards would end up drawing the conclusion from American cyberlaw luminary Lawrence Lessig’s theory that code is the (new) law and shifts legislators’ attention to standardisation.


[IN OTHER WORDS, COUNSEL IS FISHING FOR NEW CLIENTS THAT FAVOR AN 'OPEN SOURCE' TO KNOWLEDGE (A2K) PARADIGM THAT PAYS LESS THAN EVEN CONCESSION RATE PRICES. TOO BAD HIS CLIENTS WOULD STILL NEED TO PAY HIS BILL EVEN THOUGH THEIR 'OPEN SOURCE' PRODUCTS BRING IN LITTLE PROFIT, IF ANY!!!] 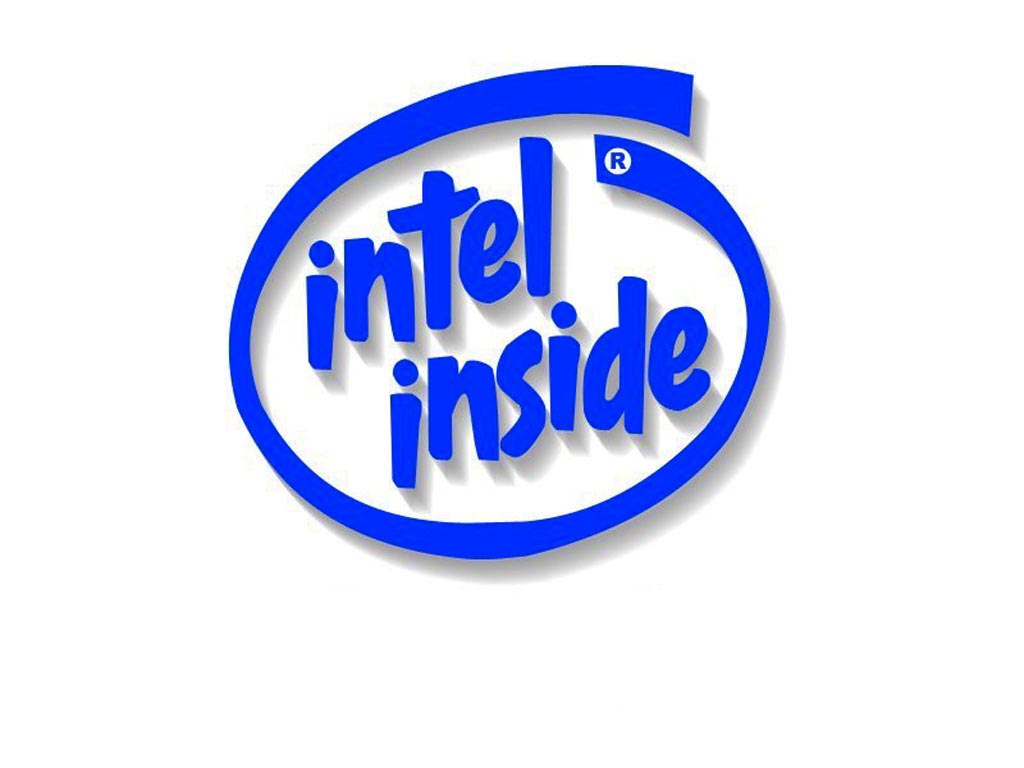 A big step forward, said Van Eecke, would be if the study resulted in a dialogue between organisations and stakeholders in a high-level forum that would decide on what to put into the standards.

For example, instead of leaving discussions on standards at the IETF to US authorities alone, the European Union should participate and promote its ideas there, too. To have European political standards implemented in technical standards would also mean to possibly give them a global reach. Opening up EU standardisation bodies to more stakeholders also should be considered, Van Eecke said.


[THE EU COMMISSION HAS ALREADY EXPORTED ITS POLITICAL STANDARDS WITHIN OSTENSIBLY PRIVATE INDUSTRY FORESTRY CERTIFICATION & LABELING STANDARDS TO GAIN A COMPETITIVE ADVANTAGE AGAINST FOREIGN WOOD PRODUCT EXPORTS -- SEE: Discerning the Forest From the Trees: How Governments Use Ostensibly Private and Voluntary Standards to Avoid WTO Culpability, at: http://www.itssd.org/GTCJ_03-offprints%20KOGAN%20-%20Discerning%20the%20Forest%20from%20the%20Trees.pdf ] ***

The degree to which it is necessary to have a balance of interests and highly knowledgeable experts representing the public sector in standardisation issues is exemplified by the separate, ongoing fight over US software maker Microsoft’s attempt to get its electronic document format standardised by the International Organisation for Standardisation (ISO).


Other measures recommended by the study point to possible access problems. To get access to official standards is costly and a barrier especially for small and medium-sized enterprises.


Therefore, a new EU standardisation policy should, the study argued, include “a coherent and harmonised (free) availability policy for standards/specifications established by all standards/specification producing organisations within the European standardisation system” and “a thorough study on the relationship between the intellectual property rights and ICT standards to be initiated by the European Commission, the purpose of which should be to launch a global discussion with other global regions.”

The balance between the much wanted law-like standards and IPR is difficult, noted the study, because “the underlying philosophies of standardisation and IPR-protection are seen as opposite. Whereas standardisation intends to put ideas into the public domain, protection of IPR makes them private property.”


Furthermore, the legal framework of standardisation is blurred, while recognition of private rights over private creations is clear and patent ambushes (patent claims made late in the development of a standardisation process) are prevailing in court cases.

The European Commission so far has tried to alleviate the problem by passing so-called FRAND rules that try to ensure “fair, reasonable and non-discriminatory” licensing when it comes to standards. A new ETSI IPR policy adopted in 2006 addressed the problem of IPR owners not agreeing to licences, yet the problem still is not really resolved, according to the study.

Van Eecke said the one big success story in mandated EU standardisation on ICTs is the mobile wireless standard, GSM. But he said, “A lot of money has been wasted for licences, even if it has worked out in the end.”

Motorola is said to have had the largest share of GSM relevant patents, with 3,831 mobile patents between 1976 and 2004 (of a total of 10,224 mobile telecommunication patents). While Motorola in the end did not fare as well in the GSM arena as its big rivals which traded their own thousands of patents against the US company, smaller companies did not succeed in entering the mobile phone market, according to experts.


The difficulty patents and copyright protection can bring for the competition and the public welfare is highlighted by the investigation of the pharmaceutical sector just announced by the EU Competition Directorate, a strong call for reform of the EU patent system by STOA and the recent announcement of the European Research Council for Open Access to results from public research.


The pharmaceutical sector inquiry, according to the Commission, was started because “there are indications of commercial practices by pharmaceutical suppliers including notably patenting or the exercise of patents which may not serve to protect innovation but to block innovative and/or generic competition, litigation, which may be vexatious, and agreements, which may be collusive.”


In order to check on possible market distortions, the EU competition authority would “use its powers of investigation in particular with respect to pharmaceutical suppliers of innovative and generic medicines for human consumption, consumer and professional organisations in health care, as well as authorities granting patents and marketing authorisations for drugs,” the Commission said.


[THE EUROPEAN COMMISSION, IN OTHER WORDS, WILL EXERCISE ITS VAST UNCHECKED POWER TO LAUNCH 'WITCH-HUNTS' AGAINST COMPANIES IN ORDER TO LOCATE & IDENTIFY AN EVIL 'MONOPOLY MARKET FAILURE', DEFINED AS INCLUDING INDIGENOUS INNOVATIONS OWNED BY COMPANIES THAT, DUE TO THE FORCES OF (WHAT SCHUMPETER REFERS TO AS) 'CREATIVE DESTRUCTION', FIND THEMSELVES AS THE ONLY ONES IN THEIR MARKETS OFFERING SUCH TECHNOLOGIES AND/OR PRODUCTS]**


Increasing access to patented inventions in every field was requested by the STOA report on the EU patent system. Authors there recommend “to explore and support more flexible, non-exclusive exercises of patent rights, such as licence of right, patent pools and clearinghouses” that would give access to licensing also to small and medium-sized enterprises not involved in the patent race and therefore not able to bargain with patents of their own.


[THE EUROPEAN COMMISSION APPEALS HERE TO POPULIST SENSIBILITIES IN THEIR ZEST TO GARNER SUPPORT FROM THE SMALL & MEDIUM-SIZED COMPANIES - HOWEVER, IN ACTUALITY, IT IS THE VERY SAME 'SMEs', WHICH BEING PREVENTED FROM EXERCISING EXCLUSIVE PRIVATE PROPERTY RIGHTS IN THEIR INVENTIONS & INNOVATIONS, CANNOT EXPLOIT PATENTS IN THE EUROPEAN MARKETPLACE]**


The STOA report also holds that defensive publication should become an alternative practice. Instead of patenting their inventions - an effort too costly, for example, for small companies or university research - they should be able to publish their inventions in “publicly-available” databases.


[THIS WILL ONLY FURTHER DISADVANTAGE EUROPEAN SMEs, AS THEIR INNOVATIONS WILL BE LOOKED UPON OPENLY BY MULTINATIONAL CORPORATE AND DEVELOPING COUNTRY PILFERERS!!]


Access to scientific research funded by the European Research Council should be made accessible over appropriate research repositories and made open access within six months of publication, the ERC suggested. The council that has been working on public access issues for some time now wrote that it considers “essential that primary data - which in the life sciences for example could comprise data such as nucleotide/protein sequences, macromolecular atomic coordinates and “anonymized” epidemiological data - are deposited to the relevant databases as soon as possible, preferably immediately after publication and in any case not later than six months after the date of publication.”

Mr. Kogan is CEO/President of the ITSSD. During 2007, he served as an Adjunct Faculty member at the John C. Whitehead School of Diplomacy and International Relations at Seton Hall University, where he taught International Trade Law & Policy to graduate students.

ITSSD Charitable Mission
ITSSD, The Institute for Trade, Standards, and Sustainable Development, Inc. is an independent, not-for-profit, non-partisan educational organization dedicated to the promotion of a positive paradigm of sustainable development consistent with private property, free market and WTO Rule Of Law-based principles. The ITSSD examines evolving international law and policy as it relates to trade, science, technology and sustainable economic freedom and development around the world. The charitable mission of the ITSSD and its Advisory Board is further explained at: http://www.itssd.org/mission.htm and at: http://www.itssd.org/board.htm .

Fair Use of Copyrighted Materials Notice

This blog may contain copyrighted material. Such material is made available for educational purposes, to advance understanding of legal, economic, scientific, technology, political and social issues, etc. This constitutes a ‘fair use’ of any such copyrighted material as provided for in Title 17 U.S.C. section 107 of the US Copyright Law. In accordance with Title 17 U.S.C. Section 107, the material on this site is distributed without profit to those who have expressed a prior interest in receiving the included information for research and educational purposes. If you wish to use copyrighted material from this site for purposes of your own that go beyond ‘fair use’, you must obtain permission from the copyright owner.